The Dallas Stars and Strikes has recently added TWO new pinball games!  Visit us today to check out these exclusive games:

The Ghostbusters pinball experience highlights the humor of the film as the player progresses through the game. The game also includes custom speech by original “Ghostbusters” cast member, Ernie Hudson, who guides the player into becoming the newest member of the Ghostbusters team!

Ghostbusters pinball is designed to be easy to play but difficult to master. It features a moving interactive Slimer toy target and a fresh distinctive layout that integrates traditional pinball devices with unique multifunction two-way ramps featuring a magnetic diverter and scoring switches. In addition, the game features a modern take on a ball transfer target, combative open field drop targets, a ball eject target, a captive ball target and custom molded toys. 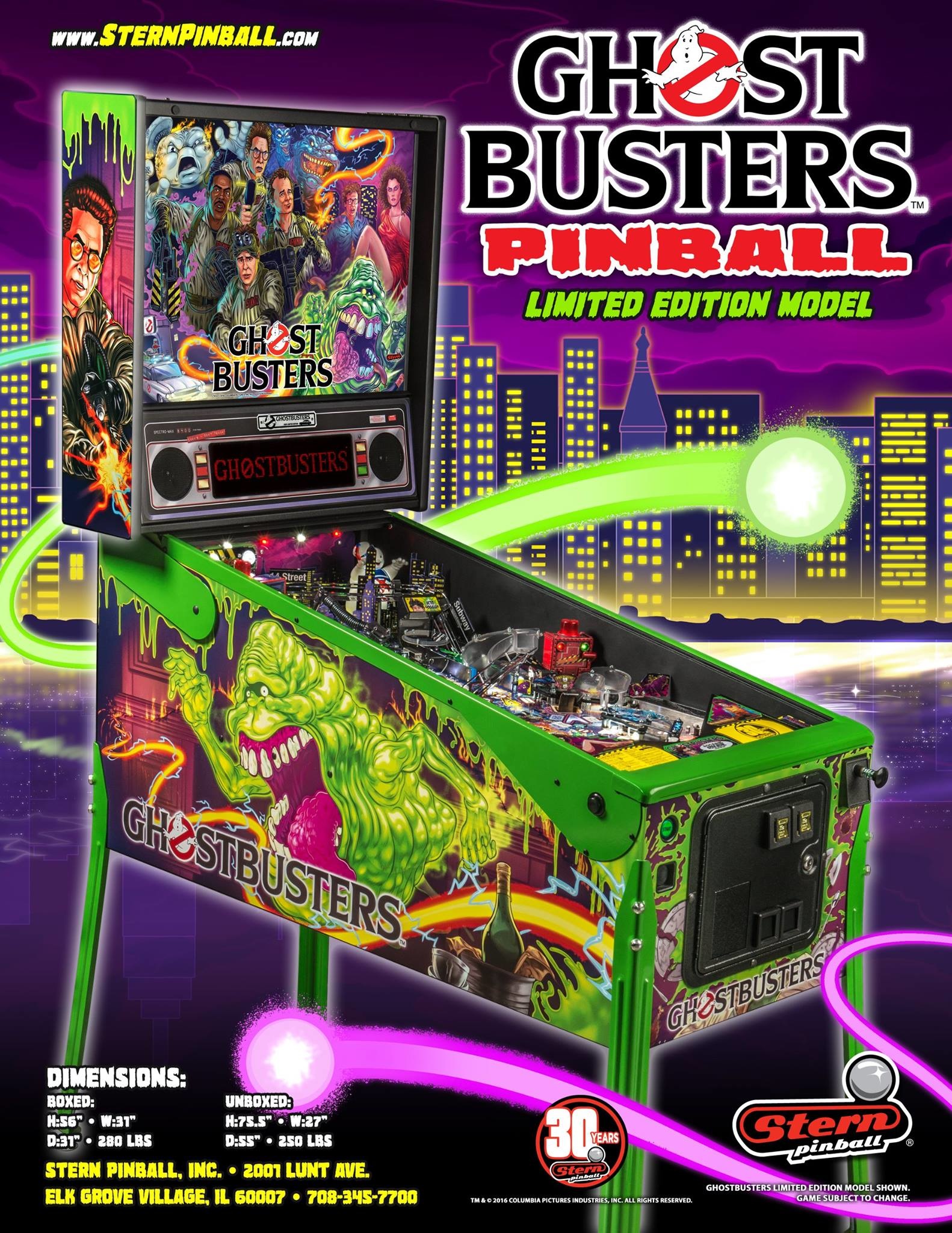 Celebrating the 40th anniversary, this Stern Star Wars Pro Pinball Machine is sure to be a hit with any Star Wars fan!  The game will immerse players in the dynamic and challenging Star Wars pinball environment as they battle to restore justice to the Galaxy. With breathtaking artwork, this machine is an excellent tribute to one of the most beloved franchises of all time.

All Star Wars pinball machines have 2 LCD’s.  Mounted on the playfield directly in the players view is a 4.25 inch LCD used as never before to give player instruction and feedback.  In addition to score, status and instruction information, the backbox mounted larger LCD will display as many as 400 Star Wars video scenes.  The player will decide to play as Hans, Leah, R2D2 or Luke.  At the start of each ball the player will pick the award the player will earn for a successful skill shot, effecting strategy of good players to challenge them even on the Pro.  The game will default select for the casual player, slow to make a choice. Unique player controlled LCD fight modes are played while the ball remains active on the playfield. 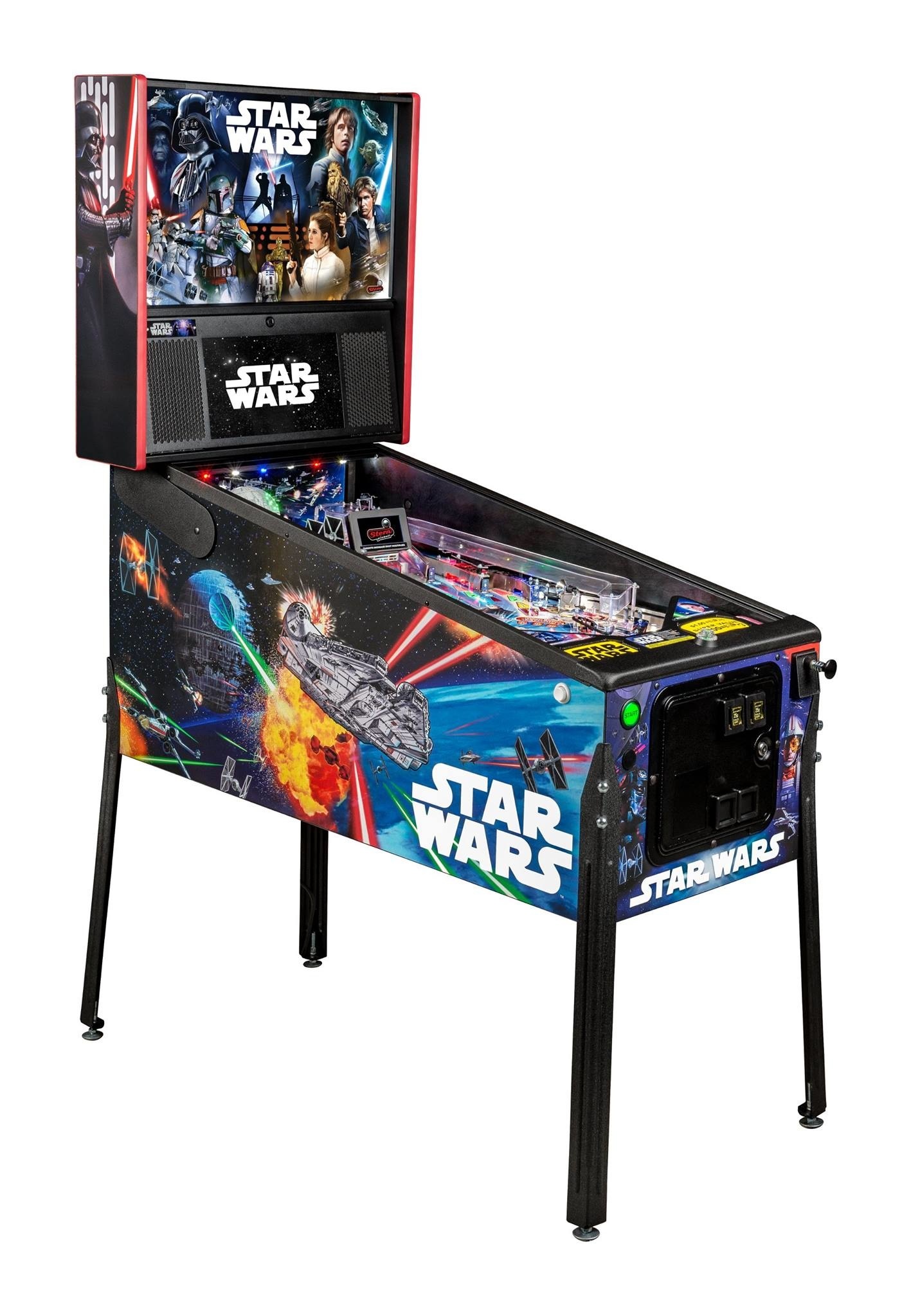