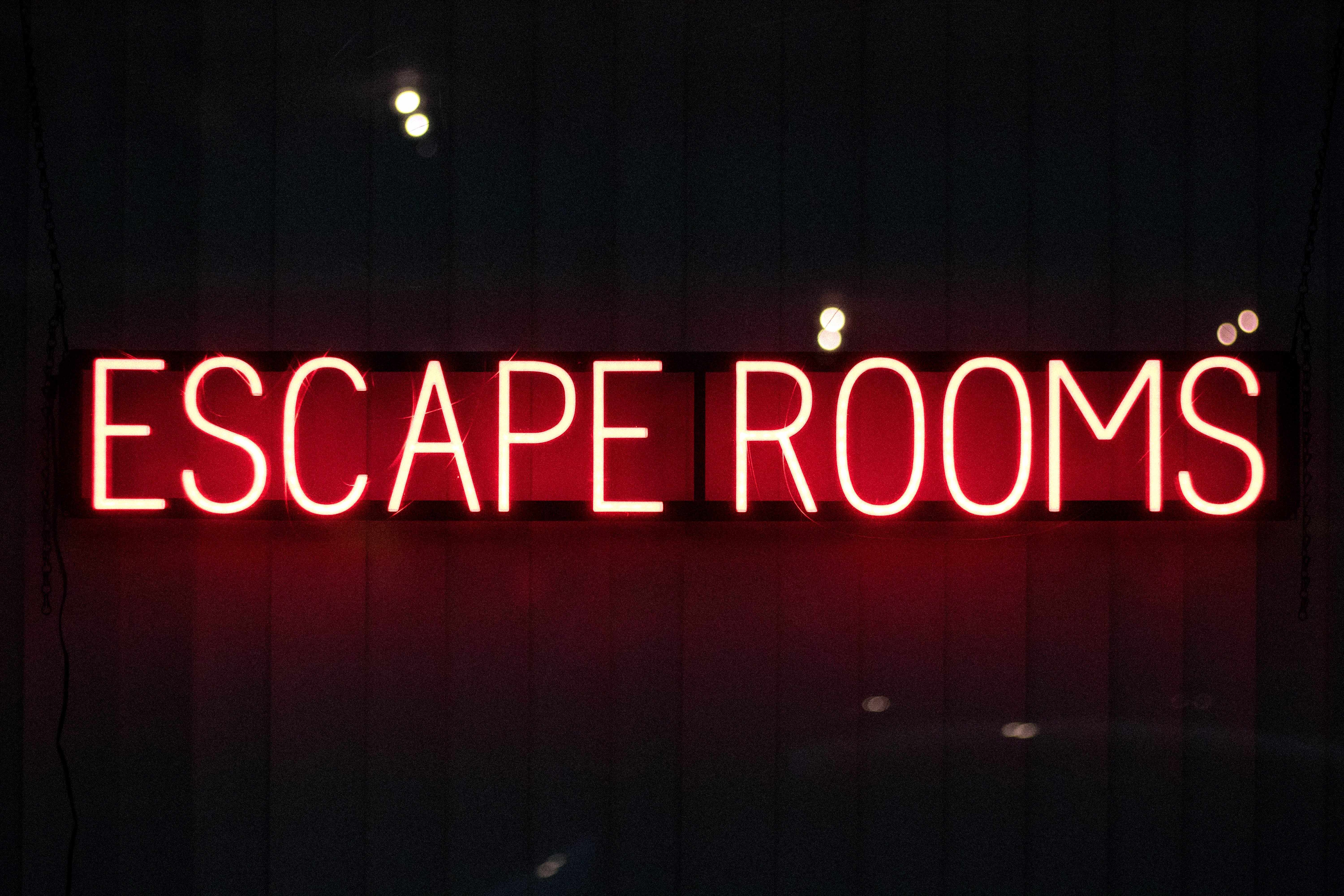 Escape rooms are all about being unique. Every escape room you go to will challenge you in a slightly different way than others. Some focus more on cooperation, others on puzzles, and others on your senses. Despite all their differences however, there are a few things that are useful in defining what an escape room is and the different types that exist.

This guide will go over two main characteristics of escape rooms: forms and puzzle types. If you plan on making your own escape room, hopefully this will help you plan and brainstorm how you will put yours together. If you’re a player, this should help you recognize the different types of escape rooms and plan how to solve them.

The form of the escape room generally determines how players need to solve the puzzles, in what order, and how complex the progression of the room is. There are two main forms that escape rooms take, and that’s linear and non-linear.

Linear escape rooms are defined by their ordered nature. Usually in a linear escape room puzzles are solved one at a time, in order, each giving clues to help progress to the next. These types of escape rooms are generally easier and require less people to solve. They are great for beginner escapists and those really looking to hone their skills by focusing on one task at a time. They’re also a great form for those building their first escape room.

Non-linear escape rooms are notorious for their complexity. They require escapists to be solving multiple puzzles at once, often under time limits. They’re ideal for large groups that can split into smaller teams to focus on separate challenges, or small groups looking for huge challenges. Oftentimes the challenges within a non-linear escape room will be made up of multiple linear challenges all coming together to solve one massive puzzle. If you’re building your own escape room, prepare for a lot of playtesting if you plan on going with a non-linear form.

The puzzles that could be in escape rooms are endless, because the only thing that limits them is the imagination of the puzzle maker. There are a few common types of puzzles out there though that can be a great starting point to study if you want to make your own room or if you are preparing for your first escape!

Written puzzles will incorporate either numbers, math, letters, or words. Prepare to think outside of the box with these puzzles. Oftentimes these types of puzzles are designed to flip common sense on its head and will require you to think about the words and numbers in ways you would never expect.

Physical puzzles are very common and will require escapists to manipulate objects within the room. Moving furniture, fitting together puzzles, situating objects, and untangling barriers are all common physical puzzles. These tend to be more obvious, so look for things that feel out of the ordinary in the room.

Puzzles that use the senses are very common, yet are often the first thing escapists overlook because lights, sounds, and smells can seem like they are just a normal part of the environment. However, nothing in an escape room is coincidental. Look out for lights that blink on and off, subtle sounds that repeat themselves, or distinct smells. Memorize these cues, because they may be pointing you toward the solution.

Scavenging puzzles are what many first-time escapists immediately think of when they think of escape rooms. These puzzles will involve hidden objects like keys, puzzle pieces, and slips of paper that escapists must find. Scavenging is often an important part of non-linear puzzles, so if you can’t figure out why the next door isn’t opening when you think you have the right combination, start searching! You may be missing an important part of the puzzle.

Red Herrings are the simplest yet most brutal type of puzzle there is in escape rooms, and that’s because they are made specifically to distract escapists and waste time. They often take the form of obvious puzzles or out-of-place objects that are meant to seem like they lead to the main goal. Don’t get upset if you realize the puzzle you’ve been working on is a red herring, though! They’re meant to upset you and cloud your judgement, which will make other puzzles harder.

Hopefully this guide gives you a good idea of what an escape room is and the different types there are out there. Each will challenge you in a different way, and we encourage you to try them all.

We’ve got a great selection of escape rooms at Stars & Strikes, so come check them out!