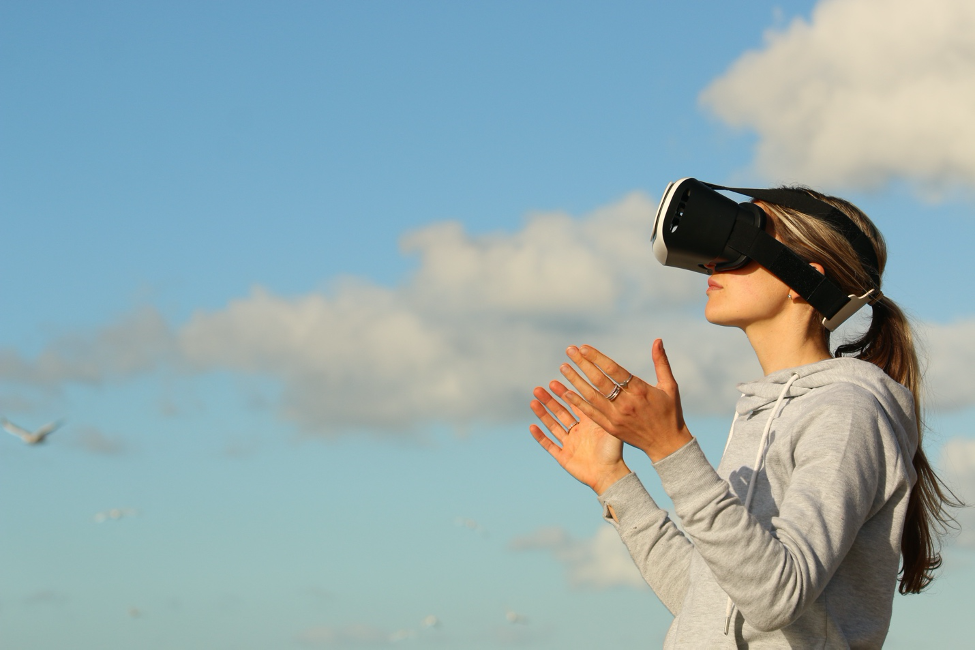 Virtual reality (VR) translates to a computer-generated experience in which a person uses electronic devices, such as special glasses with a screen or gloves with sensors, to participate in a virtual three-dimensional world.

An example of virtual reality is a virtual tour. You will not actually be in that place, but by using special equipment you will be able to explore it as if you were there.

Let’s take a look at different types of virtual reality and how they engage users in their specific ways.

An example of this would be a Virtual Gaming Zone, where using special gear you and other players can interact with the virtual environment, all at the same time, and play with or against each other.

A virtual tour can be a good example of semi-immersive virtual technology. It can be device-based or web-based. Many businesses are opting for this technology as participants can roam around the place without having to be there physically.

Augmented Reality is a type of virtual reality that lets the user see the real world usually through a phone screen and make virtual changes to it on the screen. A good example that will help you better understand augmented reality is the mobile game application Pokémon Go. You can turn on your phone’s camera and point it to a place where you suspect Pokémon will be. Your phone screen would then display the Pokémon on your screen, as though it’s in the photo’s frame. They only appear in the environment of your screen and there’s no physical addition to the area being filmed.