Why Escape Rooms Are Great For Team Bonding 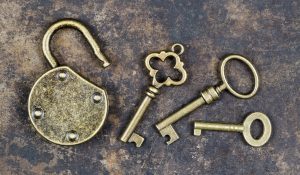 Have you ever wondered what it would be like to solve a murder mystery with your co-worker, or save the world from a deadly foe with your boss, or escape blood-crazed zombies with your office? The good news is you can do all of these things and more–it just takes an hour long break from reality in an escape room.

If you’re in charge of team bonding, you know that coming up with new ideas to keep everyone happy and engaged can be tough. You’ve done the trust falls, group lunches, and company picnics–but now it’s time to step up your game and try something new. And that’s where escape rooms come in.

What Is an Escape Room?

An escape room is a physical adventure game in which players are locked in a room and have to use elements of the room to solve a series of puzzles and riddles in order to escape. While this may sound like a simple concept, there is so much more that goes into a puzzle room than meets the eye.

These rooms are designed to challenge players both mentally and emotionally. In order to be successful, players must work together as a team to communicate and strategize. This is why they’re such a great activity for team building–they teach essential teamwork skills such as communication, leadership, and problem solving in a fun and unique way.

While it could be easy to send your team into an escape room and expect them to come out a stronger group 60 minutes later, that’s not quite what successful team bonding looks like. It takes a little more preparation.

Before getting started, strategize who should go on which team. You want to make sure each team has a good mix of personalities, skills, and knowledge. This way, everyone can contribute in their own way and no one feels left out. Additionally, if there are a couple of team members that don’t work well together or need to get to know each other better, stick them on the same team.

Before going into the room to begin the adventure, it’s important to encourage everyone to communicate and collaborate. One person shouldn’t be trying to take charge–the goal is for everyone to work together. Emphasize that there’s no such thing as a stupid question and that everyone’s opinion matters.

At the end of the day, successful team bonding looks like a group of people that are better equipped to communicate and work together after a shared experience. They trust each other and know each other’s strengths and weaknesses.

Escape rooms are the perfect activity for team bonding because they require players to use communication, analytical skills, leadership, and grace–all while solving a puzzle in a time crunch.

Communication: It’s unlikely that one team member can solve the enigmas on their own, that’s not to say that some won’t try. Most people get stuck at a certain point in the puzzle and have to communicate what they need or what they think they need in order to progress. The puzzle and pressure in these rooms catalyze conversation and problem-solving among teammates.

Analytical Skills:  Escape rooms are all about using the clues and elements in the room to solve a puzzle. This requires players to think critically, pay attention to detail, and use their analytical skills. Players must be able to see the big picture while also paying attention to small details.

Leadership: Inside, there is no room (pun intended) for a leader that’s bossy and doesn’t listen to others. In order to be successful, the team must elect a leader that’s willing to listen to everyone’s ideas and put them into action. The leader must also be able to take charge when necessary and make quick decisions. But the leader is unsuccessful without active team members. Even if someone naturally takes charge, they can only do so much without relying on their team.

Grace: An escape room is a quick way to figure out who needs more practice extending grace to the team. With the time crunch and stress that naturally comes in these rooms, tempers might flare. We all blunder at points in the puzzle, and the room itself is a crash course in understanding how to build players up rather than tear each other down.

Become a Better Team with Stars and Strikes

Whether you’re looking to strengthen the bond between a few co-workers, family members, or an entire department, Stars and Strikes is here to help. We have multiple escape room experiences that are perfect for team building. Contact us today to book your next event!